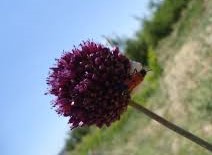 The snakes of Adana that turned into the flowers.

Millions of horned snakes emerged from the snaky castle involved in Adana. The snakes take the stuff of people rather than attacking them. People start to yell. The soldiers come to the place because of the sound. The soldiers start to shoot over the snakes as soon as they see them. Every snake that was killed by the soldiers, turned out into a flower. The soldiers withdraw by not understanding what was happening. But after a while, they wondered about the place where snakes take the stuff away. The soldier goes to see faint-heartedly. They see a big snake where they went. When the snake takes a breath in, the soldiers were waved around. When they start to shoot over it, the bullets come back because of the breath of the snake. When the snakes are pissed off, they eat the souldiers as a breadcrumb. One of the soldiers runs away. The soldiers escaping from there give a warning to people not to make the snakes angry anymore. People don't hear what the soldiers said because of the sound. Then people open war against the snakes. The snakes don't want to attack the humans, but when people have already started away, there is nothing left to do. When the war has begun, most people run away fearfully. And the snakes got the victory of the war. When the time has passed little, the snakes go away taking the big snake where they came from. As soon as the snakes were away, the people destroyed the castle. After they destroyed the castle, a big hole on the ground appeared and they saw. When they look at the hole, they see many snakes there more than the snakes that attacked their city. People became regretful because of destroying the castle. The reason why they demolished the castle is that they thought that the whole snakes will be cleared away when the piece of castle dropped over the snakes, but what they thought became in contrast. Another bigger calamity has evolved. One of the people says that we must leave the city, but people don't go anywhere thinking that the snakes would harm other people by spreading the areas. They got an idea to close the hole, but their staff is in lack to close the hole because of its size. In any case, the tools were dropped into the hole of snakes. Because when the snakes had taken the tools from people, they put them in the castle. And after destroying the castle, the tools had already dropped into the hole. The people think to close the hole with a piece of tree, but they don't have enough time to close it. Soon after, the snakes come out of the hole again. And people start to make a plan to put them in the hole again. Their plan was to find bait to hand down the hole. Their plan wasn’t worked out. The second plan is to put them in the hole by making them angry. While they are attempting to do that, two people become the lunch of the snakes. And a weird sound comes out of the hole. When they looked at it, there is a tree inside of the hole and starts to come flowers, and trees out of the hole. People think that the big trees are snakes of great size, while the flowers are small snakes. Just a snake gets out of the hole. The back of the snake has turned into a pedicle. People think that they were perished because of the starving. The snake suffers as if it wants help. The people wait for him to turn into a flower. Then the snake turned into a flower. The generation of snakes, turning into a flower, was extinct. The name that some people is to call the generation of beautify the earth, became an extinction.