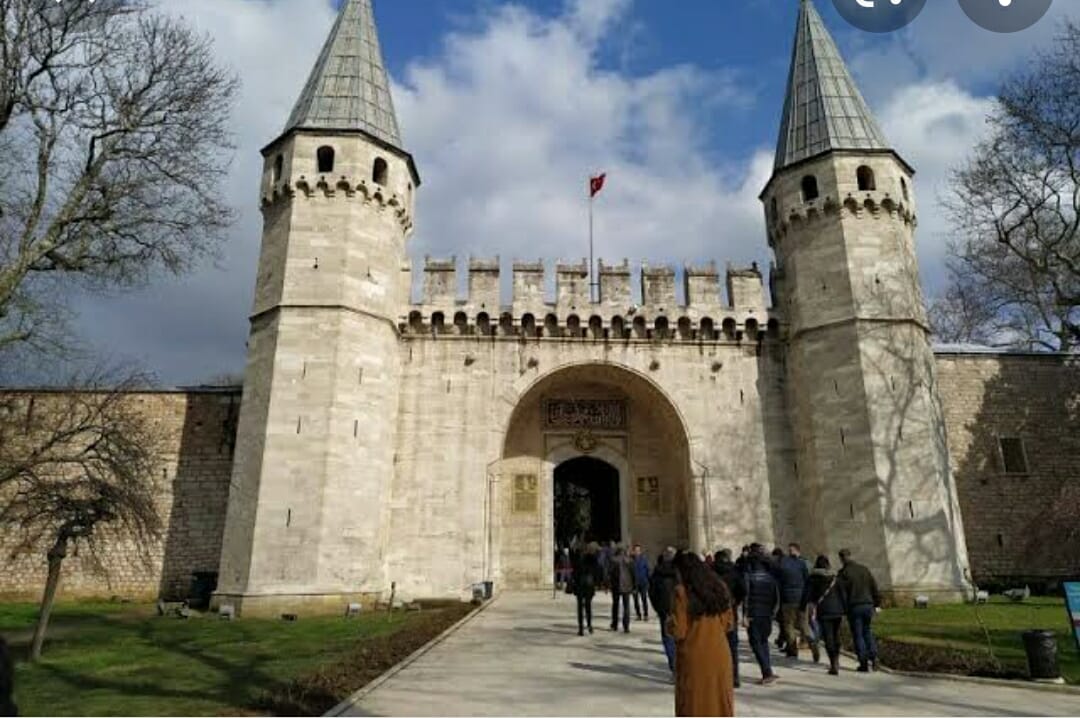 In those days, Topkapı Palace was passing peacefully, but in Bursa, it was not like Topkapı Palace. Rus army who didn't abide by the deal was arranged to attack and occupy Bursa. People consecrate to protect their motherland even by taking the risk to die, but day by day, the casualty number was increasing, so women started to fight as well. Dilber Hatun was among those women and her mother was involved too. Dilber Hatun lost her both father and brother in the battle and she went to the battle with her mother without mourning the losses. Besides, her mother was injured in her arm and lost blood a lot. Dilber Hatun had to fight for the sake of the motherland despite these. Days passed, and many Muslims died for their motherland and got casualties, the rest of them were captured. Support army immediately set off the road as soon as this news had reached the Topkapı Palace. When the army arrived at the Bursa, the view that they had to see, was not quite well. Everywhere, there was a casualty, drops of blood, wounded people, and destroyed buildings. When the army learned about the people who got captured, they instantly went to rescue them. Ottoman soldiers offered Russia to give 3 chests of gold in return for captured people. Russia accepted this conference and gave captivities back. Surely, the fire of revenge blazed up a lot. Both captivities and the army headed towards the palace. Days passed, and they arrived at the palace. Here, jobs were given to those who had professions and wanted to work. The school-age children were sent to the school. Dilber Hatun was among those, but don’t consider herself as happy as going to the school, Dilber Hatun couldn’t deal with her shock when she came across her elder sister who also came there to study in the school. They hugged each other, they caught up. Dilber Hatun explained what happened, and her elder sister became too upset. When she learned that her sister was going to the school, she didn’t want her to go to the school, but Dilber was keen on being a doctor by going to the school. Days passed, and it was time to go to school. That day, the elder sister of Dilber Hatun told her that a school is a bad place, but she still insisted to go to the school. Her sister locked her in a room when Dilber was insistent. Dilber cried for hours and asked for help from Mihrişah Padişah who was lingering around the harem. He heard a cry for help and he took her out of the room Dilber Hatun told him what happened and Mihrişah Padişah helped her out and sent her to the school. Then, he asked her why her sister prevented her not to going to school. Dilber Hatun talked with her sister about why she had prevented her in terms of not going the school. Her sister said that “she is little envy because their parents paid attention more to her than her sister when they were children”. What Dilber heard made her upset and told her that “there is nothing in the reality of what you said” and “you shouldn’t ever think like that.” Finally two sisters made peace with each other. Mihrişah Padişah looked after them as if he is their mother. He had felt the goodness inside of their heart. Dilber’s elder sister was a teacher. She was spreading wisdom, and knowledge to women, children, and young girls in the harem while Dilber was helping in terms of remedy. As the days pass like that, one day, a Messenger came to the palace and told us that the Rus army was preparing an attack against Konya. An Ottoman army immediately would set off the road. While the army was about to be prepared for the road. Both Dilber Hatun and Slevin Hatun told that they wanted to treat the wounded people in battle and fight along with the army. Even though their offense was rejected at once, they were accepted when they insisted a lot. Immediately they head out. After a couple of days, they arrived at Konya. They stopped the occupation by fighting bravely. In there, Dilber Hatun saw the commender who had killed her both father and brother many years ago. She told that she wanted to take her own revenge with her bare hands. They accepted it, before Dilber Hatun took the commender’s life, she said “ you had taken my father, brother, and mother many years ago. Now I am going to take your life too, don’t ever forget, our land is indivisible, and this nation cannot be separated.” She said, and she took the commender’s life. The army came back to the palace with pleasure and pride after saving the Konya by defeating the enemy. Dilber Hatun and Selvi Hatun were tasting the joy after defeating the enemy and taking revenge on their family. Thereby, the two sisters continued to live happily ever after.