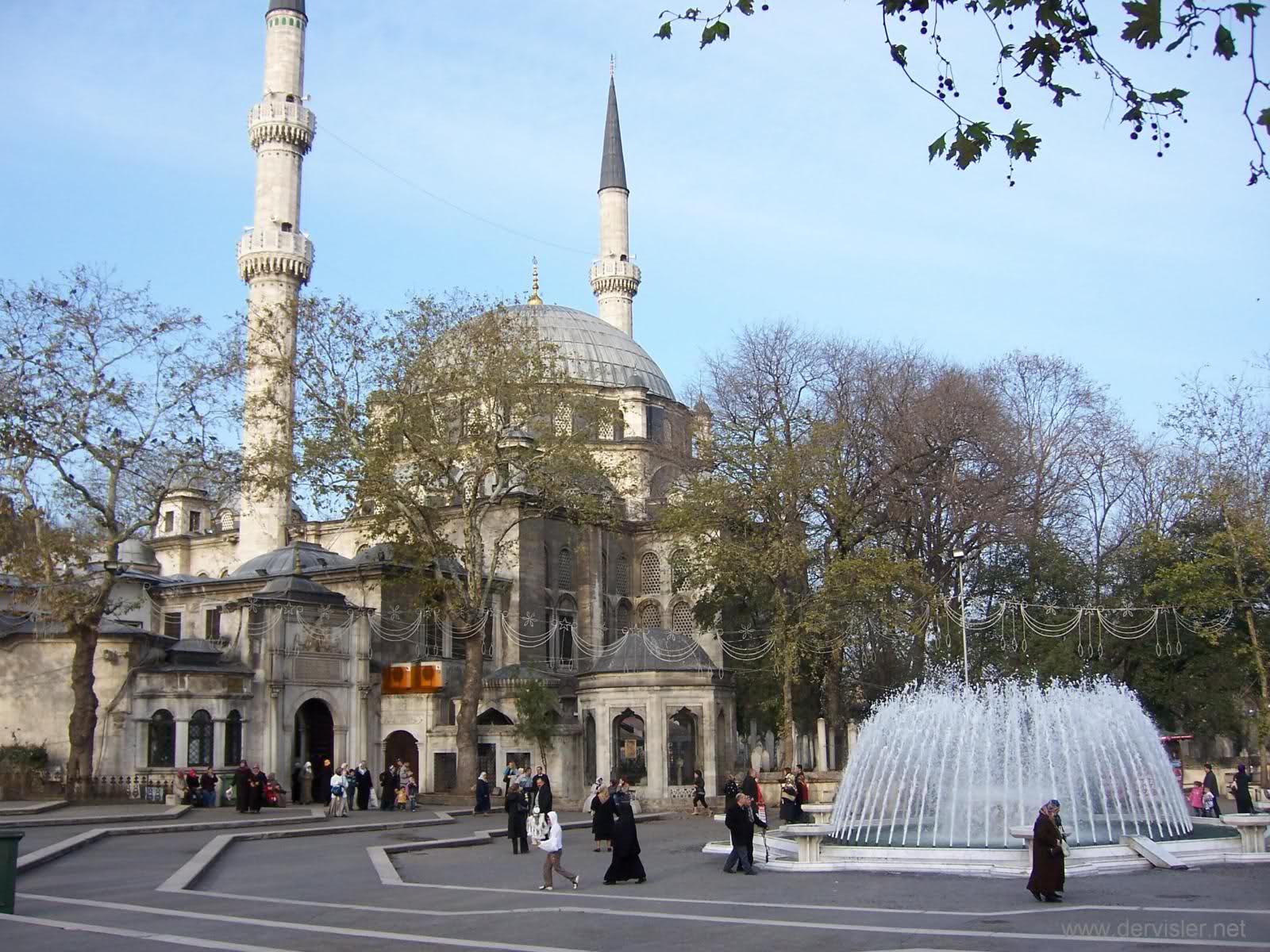 My name is Güneş, and who is 12years old student. We lived in the Eyüp Sultan district of Istanbul for about two generations. Here is a district with smiling highly historical. As far as I listened from my father, my big grandfather  Mr. Rıza, who was a merchant, was born in 1900. After the second world war, he came back to Istanbul with his wife, five daughters, and one boy. there were two districts in Istanbul where he can live easily and make his worshipping . one of them is Fatih while the other is Eyup sultan. According to my father's speech, there was 450 mosque in Fatih while there was nearly 150 Mezquita. My big grandfather used his choice on a house of three floors which had a garden beside a Mezquita in Eyup Sultan. Eyup Sultan’s streets where a mosque or Mezquita was placed nearly 100 meters, were narrow places that felt spiritual atmosphere a lot. İf you ask me why Eyup Sultan makes such a special name? I would say that it is Eyüp Sultan Mosque. While the 3rd Ottoman Empire called Fatih Sultan Mehmet Han was conquesting the Byzantine, the headquarters of his army was one of these areas. According to history books’ explanations, his teacher called Akşemseddin in his dream, when our prophet Hz. Muhammed immigrated to the Medina, he became a guest of Eyüp Sultan El Ensari who was at the siege of Istanbul before, and Hz Muhammet saw his place of tomb. The place that he had seen, is an area of his grave involved right across the entrance of this mosque. Thereupon, when the topic passed to Fatih Sultan Mehmet, Eyup Sultan’s tomb was repaired, and the modern Eyüp Sultan mosque was built to his North. Eyüp Sultan Mosque was built in a rectangular plan and has a semi-dome, Eyüp Sultan tomb in the middle, a spring at the foot of the sarcophagus, and a century-old plane tree in the middle of the courtyard. There is a grass sofa in the shade of the great plane tree. There are four fountains in its four corners. The outer court has two doors opening to the street. Even in the morning prayer, married couples, and the children who were circumcised, visit the mosque where crowded people worship so that they could be having good luck from the mosque. After the visitation of the mosque, delights, and cube sugars were distributed in front of the mosque’s door. It has been repaired many times until today, and its previously shorter minarets have been lengthened. Many tombs, shrines, and sarcophagi are engaged each other in Eyüp Sultan Mosque. Many Ottoman Sultans, especially Fatih Sultan Mehmet, were girded himself with swords here. There is a fountain in the outer courtyard of the mosque. It has three windows. Since sherbet is distributed on holidays and special days, it is called "Serbethane". Around Eyüp Sultan Mosque, there is a soup kitchen called "İmarethane" built by Fatih Sultan Mehmet, where food is cooked twice a day. Today, this soup kitchen is still in active service. My father says: "My daughter, the mosques built in the Ottoman period have such a feature that the spiritual atmosphere felt by the Muslim who entered the mosque 500 years ago to pray is still the same today.” People who are tired of the hustle and bustle of modern life such as confusion and stress and keen on praying here, must have been here. This must have been what drew my Great-Grandfather Rıza Bey here.

Dedicated to the memory of my great grandfather Rıza Bey…..