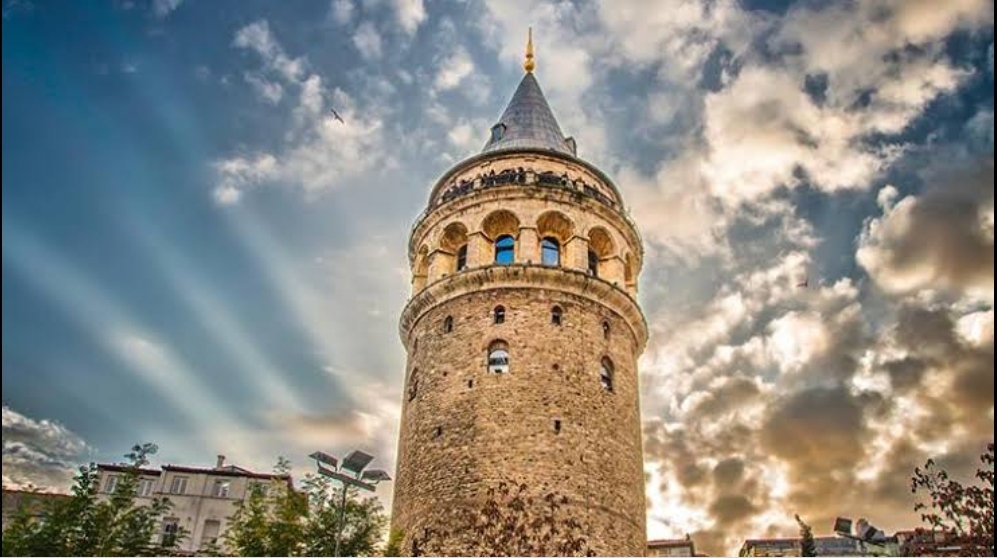 Mehmet is the boy who lives in the Rize. He is the one who dreams a lot, but in his dreams, he wants to be in the sky by flying. There was a tea garden where he lives. Rize is a highlands place because of the structure of the land. Mehmet would go to the tea gardens, climb up to the top of the small mountains, and run and jump with his friends as if they were flying. One day, his grandmother said to him if he knew Hazerfan Ahmet Çelebi or not. He told me that I had just heard his name and became curious. His grandmother explained the story that

Hazerfan Ahmet Çelebinin who invented his own aircraft which is a kind of wing, flighted over the Galata Tower. Can’t Mehmet, hearing those can't wait to stay? He is full of beans. The desire to see the Galata Tower was increasing day by day. He was thinking about how a person can fly over the tower. Mehmet has an aunt who lived in Istanbul. Mehmet was telling to his family. that he wants to go to the Galata Tower instantly. But his father said that they wouldn’t go there because of harvesting the teas. Mehmet was upset about this matter. Thereupon, his family told him that they would go to Istanbul after finishing the tea. Mehmet waited patiently for his family’s job to finish. Then the time that he was waiting for, has come. After preparing their stuff, they headed out of the path. The path that they set off in the morning, was over at night because the length between Istanbul and Rize was too long distance. They were dead tired and instantly slept in the house of his aunt as soon as they came to the house. In the morning, Mehmet was forced to wake to the smell of the pastry. His aunt prepared a fascinating breakfast for them. Mehmet faced his face after waking up and sat on the breakfast. He was only desiring to go to the Galata tower immediately after having breakfast. But at the same time, he couldn’t give up the delicious pastries. Finally, the breakfast was over and they head out the path. The Galata Tower is in the dominating location in the Kadıköy district of Istanbul. Having come here, Mehmet researched the tower on the internet. Galata tower was built in the Byzantine period in the beginning. Genoese rebuild the tower which is modern-day. The tower which was damaged because of the earthquake in the 1500s was repaired by architect Murad Bin Harettin. The trace of the tower could be seen in both Genoese and Ottoman architecture. He explained the whole information to his family on the way. While they were talking, they arrived at the tower. While they were climbing on the tower, whatever detail that they saw, made them shocked. Mehmet looked from the watching windows, stone-look arched on the elevation, the cone-shaped roof, and the metal-adorned viewing balcony under the roof. He firstly watched Istanbul as such, then he dreamed of himself

by closing his eyes as if he was flying over the sky, like Hazerfan Ahmet Çelebi. He was so happy that he feels himself that he glided over the sky. And at this moment, he decided that I need to be over the sky now that I liked flying so much. He said that he was going to be a pilot. He knows that he would be passing with the plane over the Galata Tower by gliding.