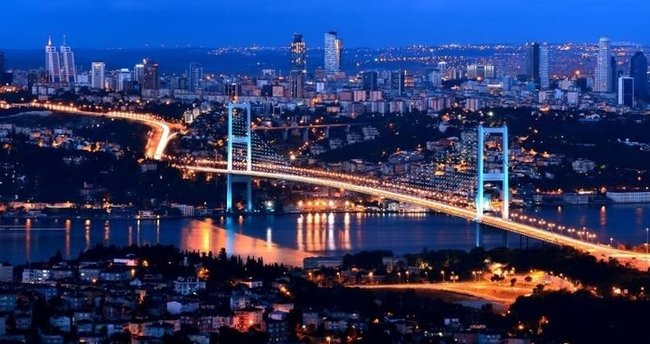 The Wings of Istanbul

Once upon a time, there was a king, who had golden hair, brown eyes, and a soul that eventually got what he wanted. This king departed to establish a new and free city with his close friends together, but he doesn’t have any clue in his mind about where to establish this city.

So that he can learn this answer, he ran a door of wisdom person wise man said: "Eyy King! The city where you will establish, will be true across to the land of the blind.", but the king didn't understand the direction of what wise man pointed out, but still, he head out the road. While the king was trying to find out the city to establish, he looked at the other coast from the beach where he had a break and screamed: "Are those people blind, why are they living there while here is so precious?" while the king is talking himself, without realizing, he found the answer in the land where he will be freedom holder. While the king is establishing the city with big expectations, I was there…

After years, the king has a girl, a pretty, brown-haired, looking with the pink, greenish eyes she has. One day, the news was sent to the king of this magical city by the most known prophet. The prophet said that Prenses will be bitten and die by 18 years old poisoned snake. The king loving his little girl had people establish a tower in the middle of the sea so that she cannot be harmed, Prenses started to live by being a prisoner of her destiny.

However, Prenses got sick after years. After Prenses struggled with the pain, she got over the sick. A fruit basket was sent to her as a gift. While she was eating the fruits, a snake came out of the basket and she died from the bite of the snake. I was there while her father was looking at her with tears…

After many years, the maiden’s tower and the waters of the bridge witnessed the love of Hero and Leandros. While Leandros was lost in the deep bridge and chilly water, the last words were those:

“ I will be coming by swimming, beautiful girl.”

For the sake of your love

I will come to you

While you are waiting for me with fearful eyes.

I will be coming to you by swimming.

Even though waves prevent ships to go

I will be coming to you by swimming.

Wild waves, are between chilly water of the bridge.”

While Leandros was telling Hero his last words, I was there…

This magical city is full of many secret gates, and seas. Which gate is to open where is unknown. Besides, this city is covered by the walls, no one can pass through these walls of the city easily. Time passed, years passed, and the city woke up with the big rumble, the walls of the city trembled with the big rumble. In fact, I have seen ships carried out from the land, a new history was being written and I was there, watching the path moving to the victory from the highest walls. I took this city under my wings for centuries. I traveled freely in the sky and the history of this city