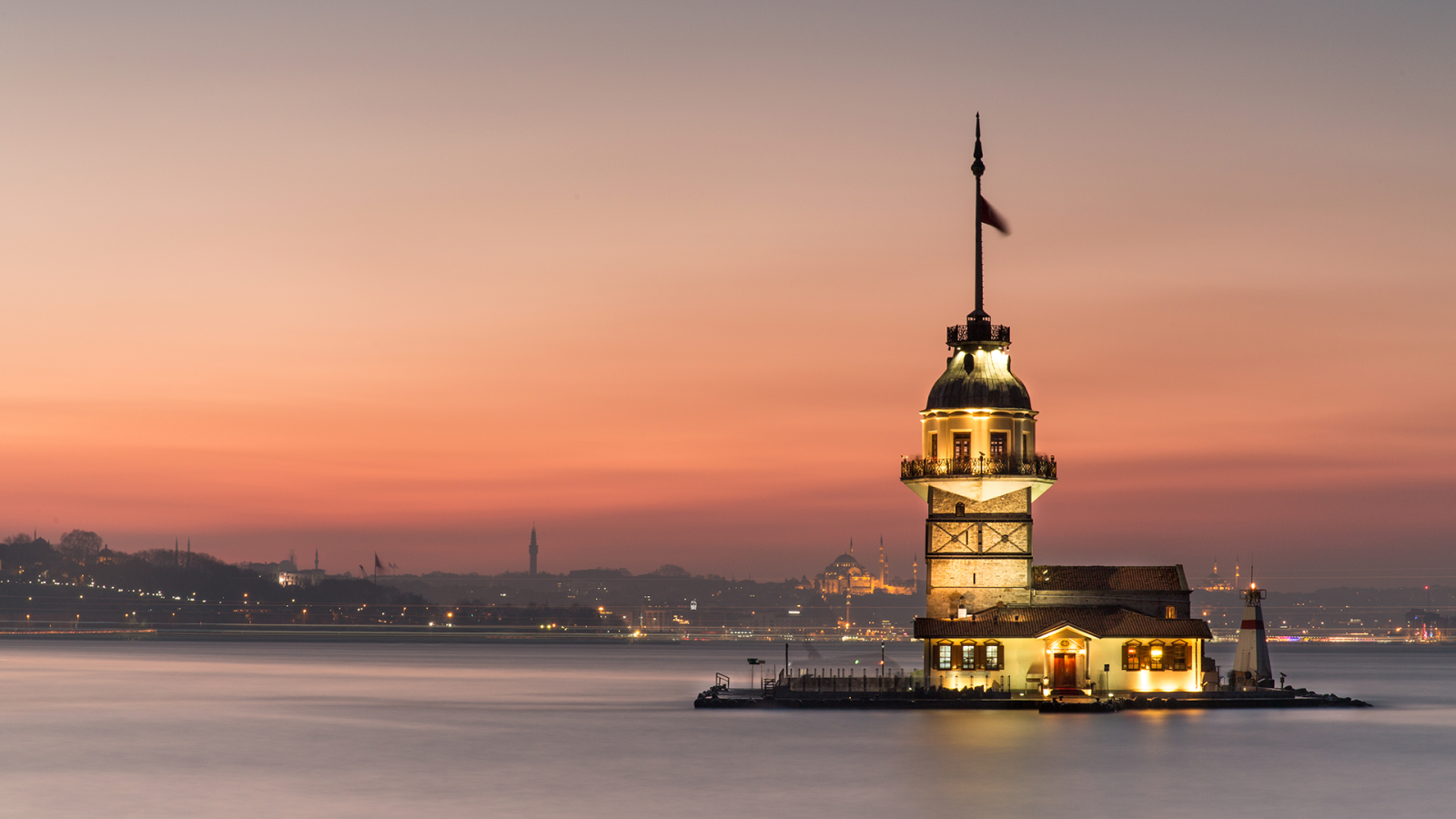 Once upon a time, there is an old man who is very optimistic. Everyone is fond of him and one day, he starts to explain something again:

He said, hello everyone. The other say:

You will be telling the story of the maiden’s tower today. The old man says, okay okay and starts to tell. In the very early days, there was a tower called the maiden’s tower which was built near the Üsküdar Salacak coast of the Bosphorus in the 5th century. And it was just a work of art from the Roma Empire. İt was used throughout history and rumors had been come out. The maiden’s tower was used for the shipping trade as far as it was known. The other says:

Was it used this much?

The old man says no, no:

Then who did the maiden’s tower choose for purpose of using it for the shipping trade?

He was a commender from Athenian. Then, after the centuries, the place become Byzantion Konstipolis, it was built as the first tower. The first person building here was Manuel Kommenostur

Why did Manuel Komnenos build it?

they built the Bosphorus in order to make an inspection and collect the taxes from the merchant ships.

İs there any legend of the Maiden’s Tower?

Yes, there is a legend, children.

Could you tell us about it?

Well, okay. There was a daughter that he loves so much. Some of the people come and ask this:

Your daughter would be dead from the bite of the snake. In the end, the king had his daughter a tower and put his daughter there. While someone was bringing food for his daughter, the snake sneaked out of the bucket. The snake killed the girl while she was eating her meal. Children:

Still, where were people traveling the maiden’s tower?

Sure, they were, if you want, let us go there now. Children say that lets go

And they went there. The story ends here.